Book: The Name of the Wind
Author: Patrick Rothfuss
Publisher: DAW Books
Release date: March 27, 2007
Source: Bought ebook
Series: The Kingkiller Chronicle: Day 1
Summary from Goodreads: Told in Kvothe’s own voice, this is the tale of the magically gifted young man who grows to be the most notorious wizard his world has ever seen.The intimate narrative of his childhood in a troupe of traveling players, his years spent as a near-feral orphan in a crime-ridden city, his daringly brazen yet successful bid to enter a legendary school of magic, and his life as a fugitive after the murder of a king form a gripping coming-of-age story unrivaled in recent literature. A high-action story written with a poet’s hand, The Name of the Wind is a masterpiece that will transport readers into the body and mind of a wizard.

First impressions: I’m not generally an epic fantasy fan, but after hearing everyone and their mother rave about this book, I had to try it. I’m so glad I did! The first few chapters had just enough mystery to suck me in, and once the story-within-a-story kicked in, there was no turning back.

Lasting impressions: Parts of this book were so beautiful I could hardly breathe, but there were times I wanted the pace to pick up a bit. You have to commit for the long haul with this one.

Conflicting impressions: The story Kvothe tells is meant to span three days, and this novel is the first of those. At times, because of the length of this tale, I felt the story lost its focus. I got swept up in the adventures Kvothe undertook, but occasionally got impatient wondering where this was all headed.

Overall impressions: There can be zero doubt that Patrick Rothfuss is a masterful storyteller. His patience and attention to detail, combined with a clear love of words and the beauty they can create, make it obvious that storytelling runs in his blood.

It should be no surprise to see a family of storytellers at the heart of this book. Kvothe is the son of a traveling band of performers, and learns most of life’s major lessons from plays, literature, and stories. As he grows up, and suffers a devastating series of losses, he vows to research the history of his world’s most dangerous stories – those surrounding the mysterious and deadly Chandrian.

Rothfuss juggles between Kvothe’s present and past, with the past related to the reader by Kvothe himself as he recounts his journey to a transcriber known as Chronicler. In the present, Kvothe is a man of many secrets, and the action is nailbitingly tense. I was desperate to know how this man’s life had shaped him into the innkeeper so many refer to as a “king killer.” Meanwhile, as we listen to the incredible tales from his childhood, I rooted for this boy of poverty and heartache to find his way in the world and realize his strengths.

Kvothe has remarkable abilities – his intelligence is quick and sharp, he can make music that causes even the most hardhearted men to weep – and at times he has an ego to match. He’s grounded by his extreme poverty and a hard life, however, and as often as his mouth gets him into trouble, he usually has the sneaky grace to get himself out of it. As he starts to learn magic, make friends, and fall in love, we get the pleasure of seeing how the smallest of stories can create a hero. Intentions do not generally find a way into history books, and though Kvothe may have reasons or circumstances that affect his actions, the stories quickly become larger than life. Actions speak louder than words, remember?

This is a dense book that took me nearly two weeks to finish, but it was absolutely worth it. Rothfuss has a gift for words, and he can spin them into scenery that fills the mind. Rarely have I felt so transported into the world of a book. Though the story is long, it is certainly not boring. I had the feeling that I was simply experiencing one part of a long journey, that would come to a full and satisfying resolution by the end of the trilogy. That doesn’t mean there was not a definite conclusion to this part, which had a great ending of its own. Instead, I was being prepared for an epic tale that required the patience of a good setup to give me the payoff of a glorious ending.

Well, if this book is any indication, that ending is going to be magnificent. I wouldn’t miss it for the world. 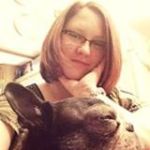